Albertsstuff Wiki
Register
Don't have an account?
Sign In
Advertisement
in: Hall of Fame, Characters, Memes,
and 6 more

Married, all of them

Between 2.1kg and 635kg
Sunscreen Eaters is a term used by Albert to describe players (usually players whos avatars are default Xbox packages) whose heads are of the color of white, or sunscreen.

Sunscreen Eater is an ongoing meme in the Flamingo channel. Albert uses the term whenever he finds a player whose face is pure white, but the body is a different color, making it look like their face is full of sunscreen. Albert especially enjoys tormenting these specific players, claiming "This guy chose to be an adult so his mom can't tell him to not eat sunscreen". This caused people with unnaturally colored faces to be called whatever name that face is the color of, such as the Mustard Eater (Yellow Face), or Concrete Eater (Grey Face), Grape eater (Purple Face), etc.

There are many different types of "Eaters," and it should be taken in consideration that they aren't limited to Xbox players. Any player can be classified as an Eater, as long as their body is a different color than their head, AND they must be an unexperienced player, (a noob), AND it must be done unintentionally to look bad. This is how to classify pure eaters and troll eaters. Below is an example of what is and isn't a sunscreen eater. 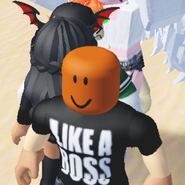 This is classified as a "eater," as it has different body colors than the head. He is also a Boss.

This does NOT count as a "eater," as its body colors are the same as its head.

These sunscreen eater kind are the most commonly found.

These sunscreen eaters are less likely to be found, but not rare.

These are not commonly found, and can pose a challenge to find.

These sunscreen eaters are barely seen.

There are many more unknown types to be found.

These sunscreen eaters have never been spotted. You can be the first! 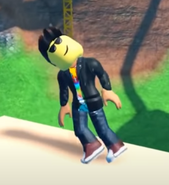 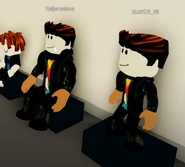 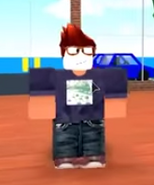 A male bot version (Not the player, its character walking up to the cashier) Snowball Eater found in Work At A Pizza place

Sunscreen Eaters found in the Wild 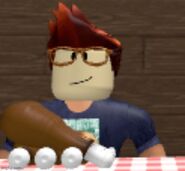 Sand eater in The Normal Elevator found by Srgfdf 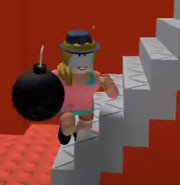 A concrete eater seen in Sky Wars. Found by TurtleNorth. his roblox user is Mangish_ni

Poop eater found by ROPLOX139OFFICIAL in The Maze 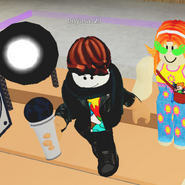 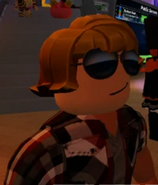 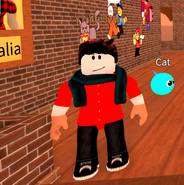 Sunscreen eater at Work At A Pizza Place found by CookieHeadThing

Concrete Eater at the beach found by Hidude4868

A mustard eater found in Find the little guys by srreiej.

A concrete eater found by the user UmbrellaCorps in September 13, 2011. This may be one of the earliest sightings of these species, as it was about 4 years before XBOX packages were released onto the catalog. 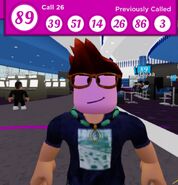